John Herrington: When you're in the shuttle or in the space station, you don't realize which way's up or down by the feel of it. You realize it by the sight of it. If you're not looking at the entirety of what's around you, you're looking at one little thing, your mind will go and flip you upside down instantaneously.
My name is John Herrington. I'm a former NASA astronaut and I want to welcome you to the Kennedy Space Center. The human race went to the moon from this place. That's the excitement of being here at the Cape.
My path to become an astronaut started when I went to the Test Pilot School, got an advanced degree in aeronautical engineering, applied a couple of times to NASA, and the second time, I got a really neat phone call to be interviewed, and I thought if the only thing I do in my career is interview to be an astronaut that's cool. I really honestly never thought I'd get selected.
I'm spending a week at the Kennedy Space Center Visitor Center talking to folks from all around the world. I think I have a chance to educate people. One, what NASA is doing, what NASA has done, how I became an astronaut ,and hopefully, that resonates with them and they take it back and go, “Wow, I didn't understand that before.”
The mission I flew on in space was STS 113 on the space shuttle Endeavor in November, 2002.
Announcer: This is John Herrington, our first Native American in space.
John Herrington: My primary mission there was to do three space walks. The thing that I feared most out on the spacewalks was making a mistake.
People have this impression of what an astronaut does. They've done everything perfect. They'd been top of their class. They've had the best grades, but not everybody. I made my share of mistakes in space. The thing was when you make a mistake, how do you overcome the mistake? I share that story with others. Then they'll take ownership of it and go, “I know what he's talking about.” That's why I like doing it.
What was that one moment space and it changed my perspective? It was being on the end of the space station looking out over the edge of the Earth and the vastness of the universe asking myself, what else is out there?
Announcer: We'll see John here. He's going to go over the edge and this is what it looks like on the edge of the universe.
John Herrington: That's a sight you don't see every day. Frame a picture in your mind. Remember it. I'll remember that for a lifetime.
They call it the overview effect, and one of the things you realize, you can look down at where you grew up and you can see all the places you went, but you can't see any of the people and you can't see the details of that. It made me feel really small, made me feel really insignificant, but I realized this is a very unique thing we have here on the Earth.
I'd say, let's fix our planet. Let's use whatever exploration technology gives us to make our life here a better place. I've lived in space. I've lived under water for 10 days in the Florida Keys. I rode a bike across the country, so I've seen the world from three different really unique perspectives. It makes you appreciate it that much more. What can we do to make this world a better place? That's the future of space.

The Sunshine State offers the serenity of nature – and a whole lot more.

Come for the beaches, but stay for the history, nightlife and the chance to see a real spaceship.

The Oldest City in the Country

If you’ve been to Florida, you’ve probably experienced the beautiful weather and white sandy beaches. But, did you know that Florida lays claim to the oldest city in the USA? St. Augustine was founded in 1565, and retains tons of historical sites worth visiting. Check out the impressive Castillo de San Marcos, for example. The oldest masonry fort in the continental USA, it was built to defend Spain’s claims in the New World. While you’re there, you’ll want to visit Magnolia Avenue, a gorgeous oak-lined road and one of the most photographed streets in the country. Not far from Magnolia Avenue, you’ll find Ponce De Leon’s Archeological Park, where legend has it that the original “Fountain of Youth” was discovered in 1513. Round out your historical journey with a trip to the Lightner Museum, a collection of 19th Century Art housed in the former Alcazar Hotel.

Balancing out the architecture and history of St. Augustine is the exciting nature and wildlife found in the area. Book a trip with Sea Serpent Tours for a chance to see alligators, turtles, snakes and perhaps even a manatee. On your journey, you’ll get to experience the marshlands of St. Augustine, and you might even find a shipwreck. For Florida’s famous beaches, head to Anastasia State Park. There, you’ll find more than 650 hectares of unspoiled beaches as well as abundant wildlife. From camping to surfing, the park is packed with outdoor activities for all.

There are few places in the country that display spaceships that have actually been to space, and the Kennedy Space Center, located on Merritt Island, Florida, is one of them. You’ll get to walk among the rockets on a guided tour, and see the Space Shuttle Atlantis, a ship that first launched in 1985 and made its last journey in 2011. While you’re there, visit the moon via interactive experiences, feel what it’s like to experience a shuttle launch, and head over to the Astronaut Experience to meet a real astronaut. 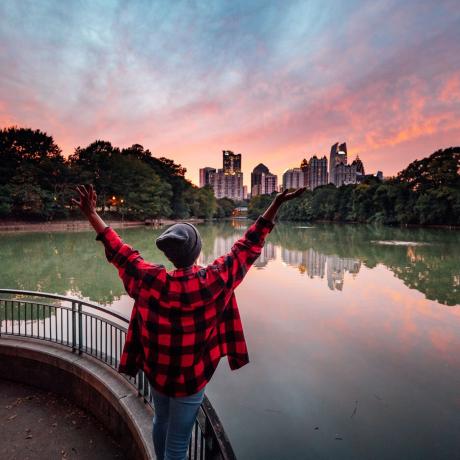 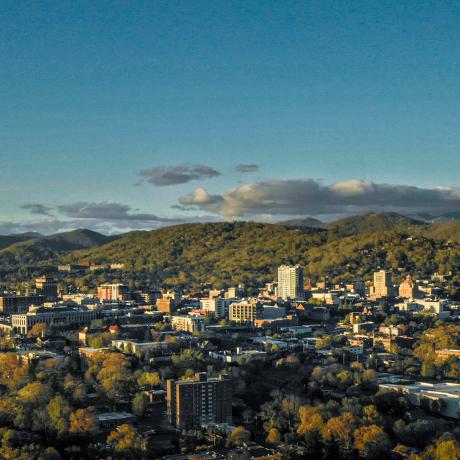 United Stories
Asheville, North Carolina: Through the River to the Castle and Beyond

United Stories
Asheville, North Carolina: Through the River to the Castle and Beyond 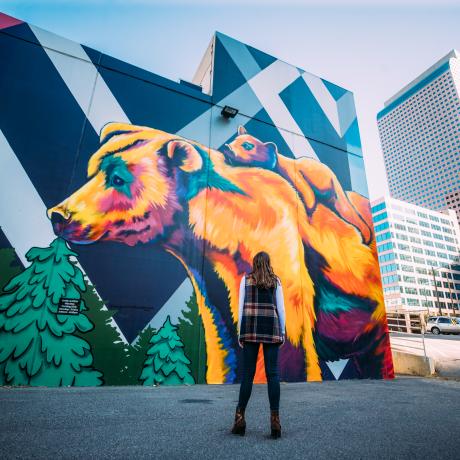 The USA's art, culture and music help to tell the stories of its people; here are 9 cultural hot spots to visit.

The USA's art, culture and music help to tell the stories of its people; here are 9 cultural hot spots to visit.

This website uses Cookies to offer you an enhanced browsing experience. Find out more about how we use Cookies
Visit The USA © 2022 Brand USA. All rights reserved.